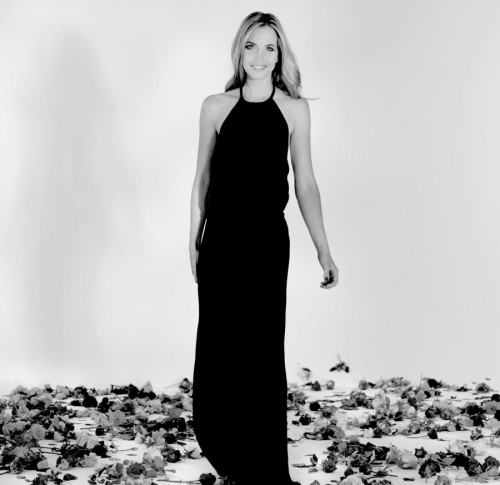 German soprano Mojca Erdmann looks ahead to a 2013-14 season that includes an array of operatic performances, orchestral engagements, and recitals throughout the world. Highlights include Der Rosenkavalier at the Metropolitan Opera, Wiener Staatsoper, and Bayerische Staatsoper; performances of Carmina Burana in Tokyo; her debut at the Helsinki Music Centre; and, New Year celebrations in Berlin.

Following her performances in Denmark, Mojca will be an invited guest of the Jerusalem International Chamber Music Festival, performing in recital with Russian pianist Elena Bashkirova on September 3 and 4.

Mojca then travels to Switzerland for a pair of concerts at the Zermatt Festival, collaborating with the Scharoun Ensemble for the second time this summer. The concerts, which take place on September 13 and 14, see Mojca performing works for soprano and orchestra by Mozart and Mendelssohn. Mojca also continues her commitment to the performance of contemporary works, singing a chamber piece for soprano and clarinet by the illustrious German composer Wolfgang Rihm.

On October 3 Mojca appears in the Czech Republic for a concert that showcases music by Mozart, Bellini, Puccini, and Donizetti with the Philharmony Bohuslav Martinu Zlin at the Zlin Concert Hall.

The role of Sophie in Richard Strauss’s Der Rosenkavalier plays prominently in Mojca’s 2013-14 season, beginning with performances at the famed Wiener Staatsoper from October 20-30. Mojca reprises the role at New York’s Metropolitan Opera from November 22 to December 12, and again at Munich’s Bayerische Staatsoper from March 2 to 8.

Following her fall run at the Metropolitan Opera, Mojca travels to Germany to celebrate the winter holidays. On December 21 she performs Bach’s Weihnachts-Oratorium with the Kölner Philharmonie and rings in the New Year on December 31 and January 1 with concerts at the Konzerthaus Berlin.

Mojca begins 2014 with art songs, singing in recital with the esteemed Scottish pianist Malcolm Martineau at the Strasbourg Opéra du Rhin on January 4 and the Frankfurt Oper on January 14. The concerts spotlight an array of celebrated composers, including Strauss, Schubert, and Rihm. She returns to lieder on March 15, appearing at the Frankfurt Alte Oper in an evening of romantic works by Mendelssohn, Reimann, and Schumann, sharing the stage with Russian-German pianist Igor Levit.

On January 25 and 26, 2014, Mojca guests in Carl Orff’s widely-heard Carmina Burana in Tokyo with the Tokyo NHK Symphony. Following her Japan concerts, the German soprano returns to Europe for her debut at the Helsinki Music Centre on February 7, singing works by Bach and Mahler.

As part of her spring 2014 performances, Mojca joins the Tonkünstler-Orchester Niederösterreich at Vienna’s Musikverein on April 4 and St. Pölten’s Festspielhaus on April 7. The concerts comprise works by Mendelssohn and Hungarian-Austrian composer Iván Eröd.