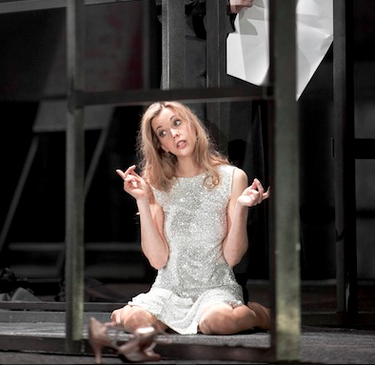 German soprano Mojca Erdmann returns to the role of Berg’s Lulu on February 21 at the Staatsoper im Schiller Theater. Under the baton of Music Director Daniel Barenboim, Mojca headlines Andrea Breth’s production, which will be released later this year on DVD from a previous run. Berg’s landmark work about a femme fatale also features Deborah Polaski as Countess Geschwitz, Thomas Piffka as Alwa, and Michael Volle as Dr Schön and Jack the Ripper.

Lulu is presented as part of the Staatsoper’s Berg Festival and can be seen through March 13.