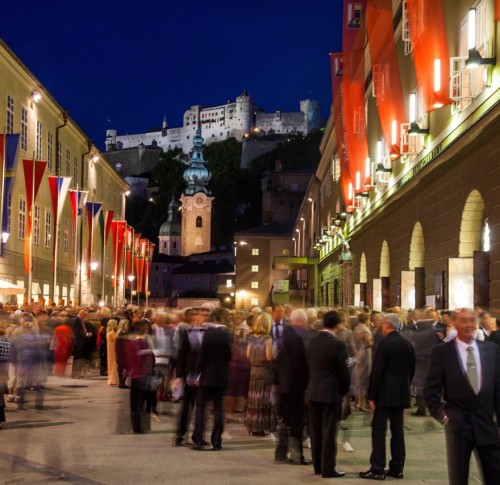 As part of the yearlong celebration of the composer’s 150th anniversary, Mojca Erdmann will star in a hotly anticipated new production of Strauss’s Der Rosenkavalier at the Salzburg Festival August 1–23. The German soprano reprises her acclaimed interpretation of Sophie, opposite Krassimira Stoyanova as the Feldmarschallin and Sophie Koch as Octavian, as well as Günther Groissböck as Baron von Ochs, in a production helmed by Harry Kupfer and conducted by Franz Welser-Möst.

Of her most recent appearance as Sophie at Munich’s Bayerische Staatsoper, Der Neue Merker noted that Mojca “sang with a radiant silver tone and played Sophie as a confident, modern girl.”