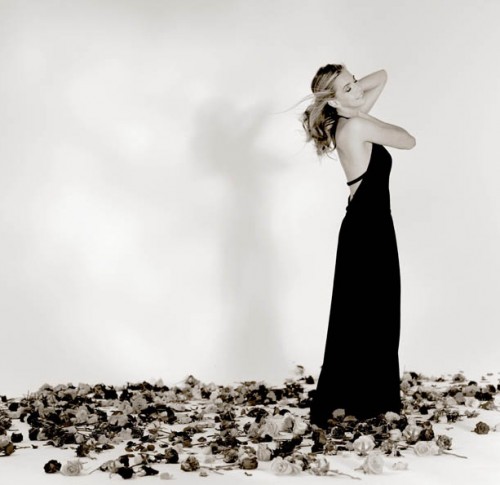 Mojca Kicks Off 2018 with Concerts and a Role Debut

Mojca Erdmann kicks off 2018 on January 18 & 19 with a performance of Mahler Symphony No. 4 at Alte Oper in Frankfurt, Germany. She is joined by violist Antoine Tamestit and conductor Andrés Orozco-Estrada, in a concert which also features Jörg Widmann’s Viola Concerto and Charles Ives’ The Unanswered Question.

The German soprano next performs with Tonhalle-Orchester Zürich for two performances on February 28 and March 2. The concerts include Beethoven’s Symphony No. 3, as well as Brett Dean’s “Testament – Music for twelve violas,” which was inspired by Beethoven’s Sinfonia Eroica. Mojca performs with tenor Topi Lehtipuu for Brett Dean’s “From Melodious Lay (A hamlet Diffraction).” Brett Dean conducts the Tonhalle-Orchester Zürich.

From March 5 – April 22, Mojca will be in residence at the renowned Deutschen Akademie Rom Villa Massimo in Rome. The scholarship program is aimed at artists who have demonstrated great talent and extraordinary skills in the fields of visual art, architecture, literature, and music.

On May 13, Mojca returns to Tonhalle to perform with the Kuss Quartett in a concert featuring works by Kirchner, Beethoven, and Mendelssohn-Bartholdy.