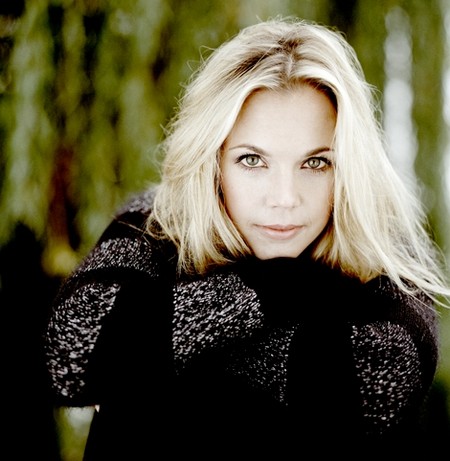 As the New Year gets underway, Mojca Erdmann reunites with violinist Renaud Capuçon and pianist Jérôme Ducros on January 12 for a concert at Schlöss Elmau as part of its 59th Annual Chamber Music Week. The German soprano sings a full program that includes a rare performance of Schumann’s Requiem and the lieder from the German composer’s Opus 96, which includes the poignant “Nachtlied.” Mojca also offers a selection of art songs by Richard Strauss, such as the rhapsodic “Cäcile” and the perennial favorite “Morgen.”

Following her Bavarian appearance, Mojca looks ahead to a landmark performance at the German Eurovision final Unser Song für Malmo, featuring a solo appearance in “Ave Maris Stella” with Die Priester. The concert will be broadcast live from the TUI Arena in Hanover on Thursday, February 14, starting at 20:15 CET.